the clutter and the whitespace 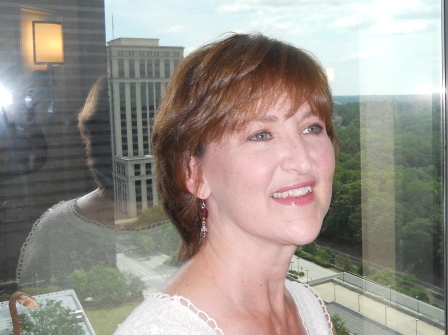 The other night my sons and I watched a documentary on the World War II. The Nazi government actually went around filming Jewish communities and families in order to make the rest of the German population believe they really were “the enemy.” They would purposefully pose the people in ways that suggested they were harsh, callous, and very extravagant while others Jews around them were starving in the streets. If these “actors” did not “act” according to the “script” they were carried off. Of course, they were carried off later, anyway, but they did not know this at the time. The Nazi regime wanted the rest of Germany–and the world–to believe that Jewish people were uncaring, undisciplined, greedy and self-centered people unwilling to care even for their own needy and poor.

In the documentary, some of the Holocaust survivors, who originally had been filmed by the Nazis, were allowed to watch the finished films, which they had never before seen. Many of these survivors had been very young during the Holocaust and were now very old. While watching her young self trying not to notice the dying man on the street, one elderly woman–with tears streaming uncontrollably down her aged cheeks, commented on her profusion of tears–so unlike her callous behavior as a child–saying “I am human now. Now the pictures make me cry.”

I cried while watching this documentary, and as I cried I thought about my own reaction to photos taken during chemotherapy, and some of the conversations my Pink Sisters and I have had about how we often have difficulty looking at our chemo photos after it’s “all behind us.”

While going through chemo, I knew I had lost my hair, my eyebrows and lashes, gained exorbitant amounts of weight, and basically no longer looked very much like myself–or any other normal human. But it wasn’t until I was sorting through my photos several months after chemo that the reality of what I had gone through actually hit me. As I looked at the pictures, I began to cry, great sobbing tears. All the fears and anguish of my cancer journey were forced upon me as I saw myself as I was during that time…really saw myself…and remembered. It wasn’t that the photos were so entirely awful–most of them actually do me much more justice than I deserved. But when I heard this beautiful Jewish woman, through her tears and regrets, say “I am human now. Now the pictures make me cry,” I understood the some of the feelings she so eloquently expressed in this simple statement. Her words, the anguish of her own journey spoken so succinctly, helped heal my wounds.

Chemo was required for me to fight the disease of breast cancer. The battle to win the war for my life. I was focused on the battle, on the fight, not on being me or being human, or even being alive at that moment. Simply fighting to win, fighting for a future. But looking at those photos months later hurt. It made all the fear, the pain, the struggle real again. It reminded me what I had been and what I had felt during the fight…and those memories were agonizing.

The primal urge to survive took precedence over all others…except maybe basic comfort. Pain and the need for rest became the prime focus on most days. Fatigue and depression took their toll in not allowing me to even want to be “part of the action;” I would rather have been in bed with the covers pulled over my head than almost anywhere else.

But once I had passed through the storm and was on the other side, back into “normal” life, I was able to feel human…to be human with human emotions and thoughts. Life had feelings, as well as meaning and purpose, and some of those feelings were agonizing. The memory of my deepest desires–the desire to be alone and buried in a mass of quilts while life marched on around me–brought anguish to my now-healing heart. And these feelings of depression and despair, in proportion to the anguish they brought, flooded my soul in equal measures as I gazed at those photos months later.

I am once again human. I once again have the need, the desire, to fill my life with people, places and joyful occurrences. I once again desire to live and fully experience living. And looking back still brings twinges of sadness. But I am learning, ever so slowly, to put the pain behind me. I pray that someday I will be able to look at these photos and see the sadness and pain, but no longer have my insides cry out in anguish when I do. But maybe that’s unrealistic. Maybe these photos for me, like the video for the lovely Jewish woman, will always remind me that I am now human, and humans really can shed tears. Tears of pain and regret for things in the past…as well as tears of joy for the blessing of life itself. Pictures really are worth a thousand words…and a thousand tears, as well.

Battling cancer opened my eyes to God’s overwhelming love for His human creation--the joie de vivre that God has placed in every heart; and my desire is to share the roller coaster adventure--called Life--with everyone around me! Join me on the journey to glimpse joy in the every day!